Should you teach your kids to fail? 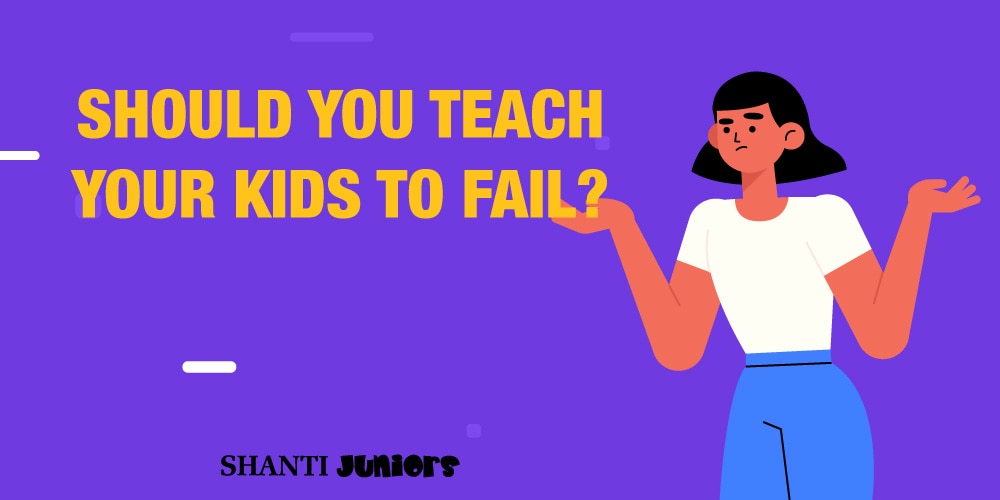 Should you teach your kids to fail?!

The importance of failure can’t be overstated. Failure is often brushed apart but can indeed be one of the most important and vital lessons of any individual’s life. The ability to accept failure does not lie with everyone; in fact, very few people are good at accepting failure. Such inability often stems from their childhood where the child would always be winning in all situations. Such activity imbibes a habit in the children that they will succeed always regardless of the situation. How many times have you or a family member declared a child winner at something despite them losing? Such a question needs to be pondered upon.

Children at an early age can be moulded and taught as we want them to learn. This allows us to teach them a variety of lessons in which the ability to accept failure must be amongst the top abilities that one possesses. Such ability not only will help them in the short term but will set them on a long term path of success.

Here are a few reasons why we think that every child must know how to fail and even accept such failure:

The importance of will power is often ignored by many parents. Mental health is equally important as physical health and yet we barely pay any attention to that. Failure might not make one feel good in the short run but in the long run, it can teach you important traits such as determination, self-belief and confidence. Such traits are not only useful as a child but also necessary as an adult. By teaching them it’s okay to fail, as a parent, you are laying a foundation for long term success for your children.

As humans, we often don’t value things that come easy to us or are freely available. Such things also include success. If one were to succeed easily and always, such success would lose value. It might even lead to the development of arrogance. Instead, if someone is failing from time to time and learning from such failures, the next success will provide them with tremendous joy. Such joy will be a fruit of their acceptance, of their determination to not give up and happiness derived from learning from their mistakes. A few tears shed at failure would lead to a broader smile on the next success.

Failure is just the previous chapter before success. However, before earning such success, a child might have to make a little extra effort or push themselves just a little bit more. Failure helps them understand the importance of such small extra efforts that they might need to make. Apart from hard work, perseverance, as well as introspection, is something that a child might gain from failure. Initially, as parents, you might have to guide them as to how to continue and how to introspect, but later they will develop a trait that will be useful for them throughout their life.

Life is going to be a roller coaster regardless of how you raise your child and how gifted they are. The lesson to accept failures will help them stand up from a steep movement downwards and stay humble when they are at the top.